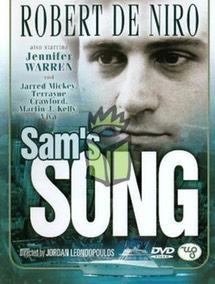 Please Note – Information regarding the original movie, Sam’s Song (1969), and subsequent and significant re-editing for a very different movie entitled The Swap (1979) and Line of Fire (1989) follows:

A political filmmaker finds himself in Long Island for a weekend where he finds himself entangled with a high-living, jet set crowd. At first it is exciting, but soon he finds himself disillusioned by their shallowness. The film contains an early performance by Robert De Niro. Footage from Sam’s Song was later re-edited into a completely different movie, known as both The Swap and Line of Fire, in which a man investigates the death of his brother. ~ Sandra Brennan, Rovi