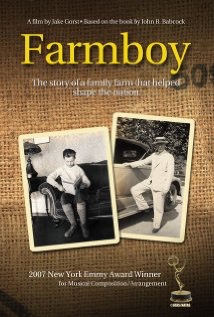 About the Film – The story of Sunnygables and the Babcock family is important for a full understanding of American cultural development in the 20th century. Every American dinner table experienced the changes affected by this farm. The principles and programs developed by H.E. Babcock helped save the American Farm back then and are currently saving farms in other lands. ~ Written by Jake Gorst (Director/Writer)

About the Music – Mallardi, Saccente, and Gorst received an Emmy award from the National Academy of Television Arts and Sciences in 2007 for composing and arranging the soundtrack for the PBS documentary Farmboy.