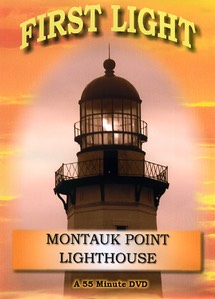 Tom Garber’s documentary, First Light: Montauk Point Lighthouse, takes a look at the struggles that famed architect and builder John McComb Jr. faced in constructing New York’s first lighthouse. It also provides the audience with a sense of the treacherous waters surrounding Montauk Point and the shipwrecks of the Culloden, the Flying Cloud, and John Milton that occurred just off its shores. The story of Giorgina Reid, who at the age of 70 decided she was going to save the Lighthouse from erosion, is an interesting accompaniment to the history and the struggles associated with Long Island’s iconic, perhaps most famous, and oldest lighthouse.

In addition to being nominated for a 2008 New York Emmy, First Light: Montauk Point Lighthouse won the 2007 Platinum REMI for Best Historical Documentary

Flesh Eaters, The
Scroll to top
error: Content is protected !!