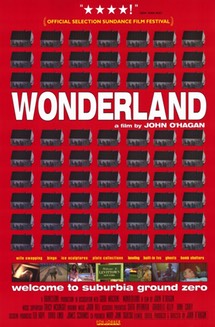 “When John O’Hagan set out to write a movie script with a suburban backdrop, it was Levittown he chose for his research. ‘But after meeting some of the people there, I decided to make a film about the people I met,’ O’Hagan said. The result was Wonderland, a quirky film that’s billed as a ‘humorous and affectionate; look at life in the world’s first mass-produced suburban dreamland, Levittown.” ~ by Robert Gearty | Daily News | Octber 24, 1997

Take a LOOK at Wonderland Q&A with John O’Hagan and Geoff Shearcroft ~ Vimeo (28:00)

World According To Garp, The
Scroll to top
error: Content is protected !!