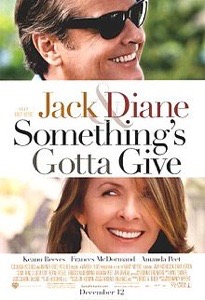 ***SOMETHING’S GOTTA GIVE (2003) is about an aging swinger with a taste for women one-third his age who falls in love with his latest conquest’s mother. It stars Jack Nicholson and Diane Keaton and is a romantic comedy by Nancy Meyers, filmed at an oceanfront mansion and on various streets in downtown Southampton and East Hampton. Newtown Lane in East Hampton was shut down for several hours several times during the making of this movie. In one scene, Nicholson was filmed coming out of a store with an ice cream cone on Newtown Lane, but it wound up on the cutting room floor (the celluloid, not the ice cream). Scenes from Newtown Lane that did make the film include several from the old Barefoot Contessa gourmet food shop, since closed down as its owner, Ina Garten, has gone on to fame and fortune with cookbooks and TV. (Dan’s Papers 10-2013) added 11-2-16 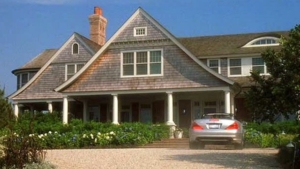 Splendor in the Grass
Scroll to top
error: Content is protected !!