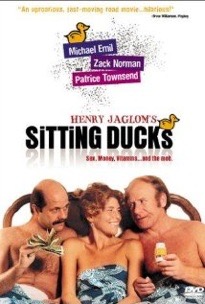 Riverhead and South Jamesport (aerial view), including scenes filmed at local duck farms, motels, restaurants and nearby roadways. The helicopter scene at the end of the movie was filmed along South Jamesport Avenue. ~ Thanks to John Boudreau who provided this information in May 2011.

Henry Jaglom began his filmmaking career working as an editorial consultant on Dennis Hopper’s “Easy Rider”, and made his writing/directing debut in 1971 with “A Safe Place”, starring Tuesday Weld, Nicholson and Welles. His next film, “Tracks” (1976), starred Hopper and was one of the earliest movies to explore the psychological cost on America of the Vietnam War. His third film, the first to be a commercial success, was “Sitting Ducks” (1980), a comic romp that co-starred Zack Norman with Jaglom’s brother Michael Emil. ~ Wikipedia

Something’s Gotta Give
Scroll to top
error: Content is protected !!