Signs of the Cross 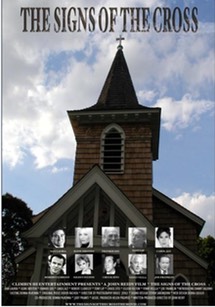 Signs of the Cross was chosen as the Best Long Island Film at the Long Island International Film Expo (LIIFE) 2005. It is described as a “…film [that] follows the three stages in the tumultuous life of John Coyne. Born a poor Irish Catholic with an abusive alcoholic father, John finds no solace in the catholic school and church he attends. As a young adult John endures a tragic loss that leaves him alone to deal with his own destructive behavior and addiction, finally a mature John must find the strength to over come his most dangerous opponent if he wishes to live the free and happy life he has long desired. A Climbin Hi Entertainment Production. Filmed in Long Island in Massapequa Park and Babylon. Starring Carol Alt, Dan Lauria, Ilene Kristin and Joe Franklin. Violence, language, nudity.”

Sisters aka Nest
Scroll to top
error: Content is protected !!