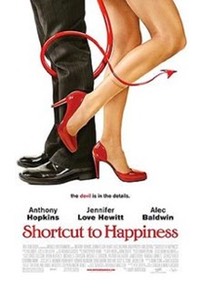 Stephen Vincent Benet (based on the short story)*

~ Some location information was provided by Doug Hart, First Camera Assistant on the film. Doug said he worked on the film for only a few days (uncredited).

Although filmed in 2001 as The Devil and Daniel Webster, it was plagued with financial difficulties and sat unreleased for several years. In 2007 the Yari Film Group announced a deal to release the film to theaters under a new title, Shortcut to Happiness.  ~ Wikipedia

*According to Alec Baldwin, the film was extensively re-edited after it came into the possession of Bob Yari Productions, and no longer bears any resemblance to its original form or to the Benet short story, hence the title change. Baldwin has since requested that his name be removed from the credits as director and producer. ~ IMDb

Sex and The City 2

Signs of the Cross
Scroll to top
error: Content is protected !!