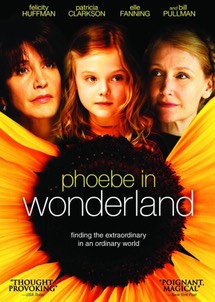 Don’t let the film’s playful name fool you—it’s far from a fairy tale. Despite trippy flights of fantasy, Phoebe remains firmly grounded in the all-too-real struggles of a family dealing with a child’s deteriorating mental health. And it can tough to watch, as we see Phoebe succumb to the compulsions that eventually consume her. ~ By Alexis L. Loinaz | Metromix | March 5, 2009