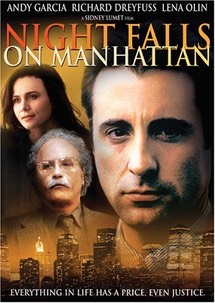 Robert Daley (based on the novel Tainted Evidence)

Despite the more than 14 various Academy Award nominations that Mr. Lumet’s films were to receive during his lifetime, he never won an individual Oscar. Although he was nominated four times for his directorial work in the following movies – 12 Angry Men, Dog Day Afternoon, Network and The Verdict – only in 2005 did the Academy of Motion Picture Arts and Sciences present him with an honorary Academy Award.

In 2007 Mr. Lumet was asked how it felt to receive an Academy Award at long last. He replied, ”I wanted one, damn it, and I felt I deserved one.”

Night for Day
Scroll to top
error: Content is protected !!