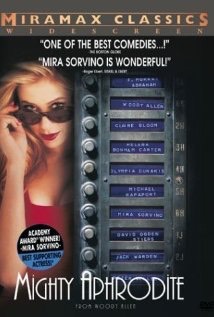 Mira Scorvino won an Oscar for Best Actress in a Supporting Role for her work in the film.

Woody Allen was nominated for an Oscar for Best Writing (Screenplay Written Directly for the Screen) for the film.  The winner was Christopher McQuarrie for The Usual Suspects.