The Girl From Jones Beach 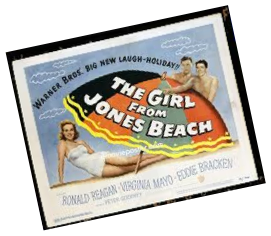 “It was not all fun and games, however, (for the actors). While filming one scene, co-star Eddie Bracken accidentally knocked Reagan over and broke his tailbone, forcing the star to leave the production for three weeks to recuperate.” ~ Rob Nixon / TCM

“The Girl from Jones Beach” marked the last film appearance of character actor Henry Travers (1874-1965), best known for his role as the angel Clarence in Frank Capra’s “It’s a Wonderful Life”.

Godfather, The
Scroll to top
error: Content is protected !!