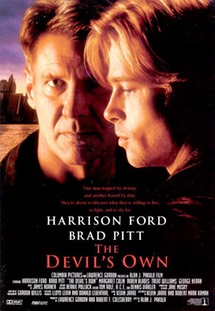 “The Devil’s Own” received mixed reviews from the critics, however, it was a box office success.

It was the final film directed by Alan J. Pakula.  Unfortunately, on Nov. 19, 1998, Mr. Pakula died in a freak accident near the Melville exit on the Long Island Expressway.  According to reports at the time, Mr. Pakula was on his way to his home in East Hampton to work on his screenplay, ”No Ordinary Time,” a story of the White House during the time of Franklin and Eleanor Roosevelt.