Tilt of a Rose – A Student Film – A Short 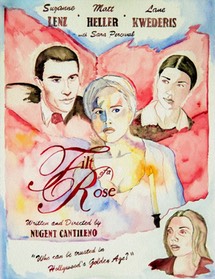 Shot in the mansion on the LIU Post campus (Old Brookville)

Mineola at the black sheep ale house (which rumor has it, used to be a speakeasy!)

The time is 1941 and Rose Rogers, America’s brightest star, is hiding a secret. When a young girl comes knocking at her door, late one evening, all will be revealed. Flashbacks to the age of flappers and speakeasies will bring to light a deal that goes beyond the grave. In a world where no one is what they seem, who can be trusted in Hollywood’s Golden Age?

In 2013 at the Long Island International Film Expo “Tilt of a Rose” won the following awards:

Through an Open Window – short film

To Wong Foo, Thanks For Everything! Julie Newmar
Scroll to top
error: Content is protected !!