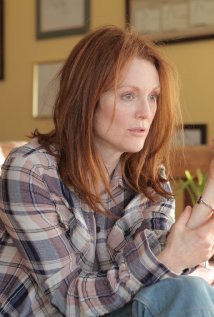 Academy Award winner and Montauk resident Julianne Moore received the Creative Leadership Honoree Award from the Alzheimer’s Association last week. The New York City chapter bestowed the honor during its annual Forget-Me-Not Gala held at the Pierre Hotel on June 8. Moore was recognized for her Oscar-winning role in Still Alice, in which

she plays a professor suffering from Alzheimer’s disease.

On Wednesday (March 19, 2014) —before tuning in that night to his appearance on Law & Order: Special Victims Unit—Alec Baldwin was out in Nassau County at Lido Beach with Julianne Moore to shoot Still Alice, an upcoming film.

Baldwin, of Amagansett, plays Dr. John Howland and Moore, who owns a home in Montauk, plays wife Dr. Alice Howland, a professor who discovers she is suffering from early onset Alzheimer’s disease.

Stuff Heroes Are Made Of, The – silent/short
Scroll to top
error: Content is protected !!