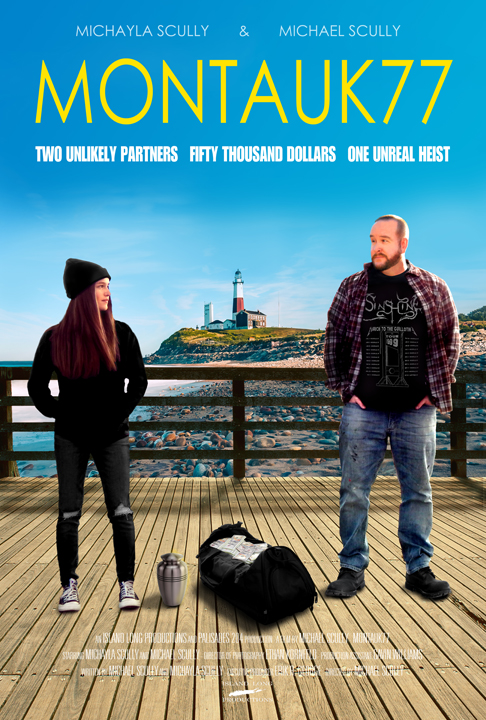 After a “down-on-his-luck” ride-share driver reluctantly agrees to transport a woman’s remains to Montauk Point, Long Island, Harry is asked to form a criminal pact with Liz, the deceased’s newly orphaned, fifteen-year-old daughter.

For Harry, a middle-aged, “down on his luck” ride-share driver, the morning begins just like any other. Until he meets his next passenger, Liz…a snarky 15-year-old girl who is mourning the loss of her mother. Reluctant at first to drive an unaccompanied minor, Harry takes pity on the girl and agrees to transport Liz and her mother’s remains to Montauk Point. Little does Harry know, a final farewell is not all Liz is planning. She knows of Harry’s criminal past and has an ulterior motive in seeking his help to pull off a risky bank heist that will afford them both a “fresh start.” The caper turns into a remarkable journey for the unlikely pair and may even prove to be an unexpected “score” of a lifetime.