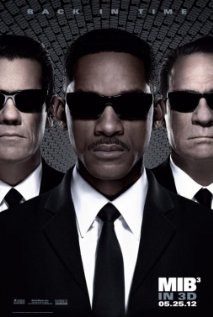 The following is a reprint from BabylonVillagePatch dated May 30, 2011

Will Smith has parked his notorious multimillion-dollar trailer at a Babylon beach. The superstar is in town to film “Men in Black III,” with Robert Moses Field 4 serving as a backdrop for an elaborately constructed set, with reports of a tunnel built into the dunes, and an array of props and vehicles.

Commenters on OnLocationVacations.com, a gossip site where fans post tips on where and when to see movies being filmed, said they spotted actor Josh Brolin as well as Smith, who reportedly was acting in some of the movie’s flashback scenes, with the styling set to look like a 1960s beach.

Over the weekend, the set was quiet for the Memorial Day holiday. The ticket booths were blocked off and a sign was posted reading “M3 crew parking.” The filming of the alien-fighting action movie has been plagued with problems, from weather delays to a brouhaha in Manhattan, as Will Smith came under criticism for parking a large trailer on a SoHo street, disrupting businesses. The widely reported controversy ended with the New York mayor’s office issuing a statement that the trailer had been ordered removed to a new location.

The bad press didn’t seem to filter down to the local level, as many residents remained unaware of the mega-Hollywood star in their midst. A lifeguard at Babylon Town’s Overlook Beach hadn’t heard of the movie set when questioned by a reporter, but remarked that Long Island beaches were constantly being used for film scenes due to their proximity to NYC. Men in Black II also filmed at the barrier beach, with the Fire Island lighthouse appearing as a post office in the movie.

Field 5 was open for the weekend, after serving as crew parking during the week, and judging by the long line of cars mid-day Sunday, appeared to be receiving the overflow traffic from the Field 4 closure. Filming is slated to last into next week, according to commentator “Art” on OnLocationVacations.com, who said he spoke to a crew member who told him that Robert Moses State Park was standing in for Cape Canaveral, Florida.

“They were shooting a scene where one of the men in black was apparently escaping a NASA spaceship in an emergency type of basket on a steel line,” he posted on the fan site.

No word on any spaceships sighting yet, but the Jones Beach show of air force going on this weekend might be enough to keep them at bay for now.