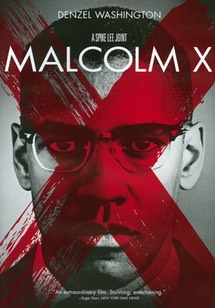 “Taking the autobiography and a screenplay by Arnold Perl that was begun more than 20 years ago (Perl died in 1971), Spike Lee has attempted the impossible and almost brought it off. His new ‘Malcolm X’ is not exactly the equal, or even the equivalent, of the book, but it’s an ambitious, tough, seriously considered biographical film that, with honor, eludes easy characterization.” ~ Vincent Canby / NY  Times / Nov. 18, 1992

For those who have an interest, click HERE for information about the 1972 documentary

Manchurian Candidate, The
Scroll to top
error: Content is protected !!