Love And Death On Long Island 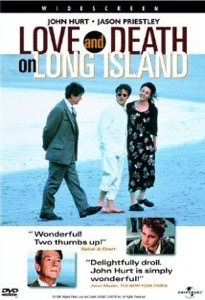 Much of the filming was done in Nova Scotia, however, IMDb states that filming also took place on Long Island without being more specific as to precise location(s).

Gilbert Adair, on whose novel the film is based, recently died while preparing a stage version of “Love and Death on Long Island”.

Love, Lots of it – Short