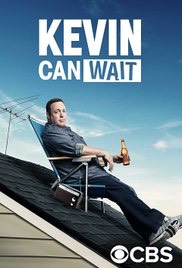 Kevin Can Wait Season 1 finale airs on Monday, May 8 at 8/7c

One of the new series, a comedy starring Kevin James, will be based at a New York State Qualified Production Facility in Long Island’s Nassau County.  Kevin Can Wait stars James as a newly retired police officer looking forward to more quality time with his family, only to discover he faces tougher challenges at home than he ever did on the job.  “After Kevin James’ Kevin Can Wait television pilot was produced at Gold Coast Studios for CBS and Sony, we were thrilled when we got the news that the comedy got picked up to series, and that it too would shoot on our stages in Nassau County. Thanks to the New York State Film Production Tax Credit program, more and more productions are choosing to film here and that’s just great for business across the State,” said Lyndsey Laverty, Principal of Gold Coast Studios.