If I Didn’t Care 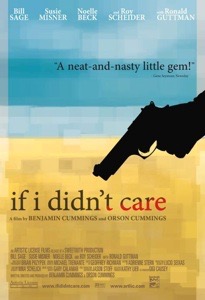 Southampton and The Hamptons

“Southampton is the location for this modern day film noir. Co-directors-producers-writers Orson and Ben Cummings (yes, they’re brothers) have made themselves a neat-and-nasty little gem, a combination of cozy whodunit and noir romance that follows the playbooks of those genres without making them feel threadbare.” ~ Gene Seymour, Newsday

“Blithely written and carefully directed by the talented Cummings brothers, Benjamin and Orson, and filmed entirely on location in Manhattan and the Hamptons, ‘If I Didn’t Care’ is full of fresh surprises and never wastes your time.” ~ Rex Reed | July  31, 2007 | New York Observer