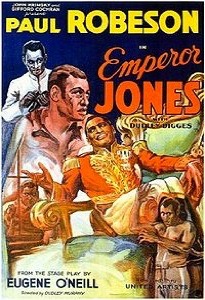 Eugene O’Neill (based on his play)

The scene filmed at this location features Robeson, playing the character of Brutus Jones, as he swims ashore from a nearby steamship.

“The first obstacle for producers John Krimsky and Gifford Cochran in bringing The Emperor Jones to the screen was how to make it cinematic. The original play took place entirely in the jungle as Jones tries to exorcise his demons and banish the ghosts from his sinful past. This structure was appropriate for the stage, but on film it was too static so DuBose Heyward was brought in to write an opening segment which provides the necessary background on (the Brutus) Jones’ character. Additional scenes shot for the film version included … a beach segment (with Jones Beach substituting for a Caribbean coastline)…”. ~ by Scott McGee and Jeff Stafford / TCM

End of the Great American Businessman – A Student Film – A Shor...
Scroll to top
error: Content is protected !!