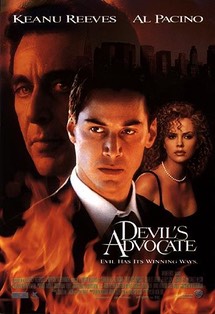 The Devil’s Advocate received generally favorable reviews.  It earned $12,170,536 during its opening weekend in the United States finishing second in the box office. The film ended with a total domestic gross of $60,944,660, and $92,000,000 internationally. ~ Wikipedia

Dictator, The
Scroll to top
error: Content is protected !!