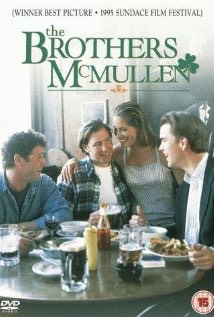 “They used the Gibson LIRR Train Station in Valley Stream for a scene.  I noticed that when I saw the movie.  I’ve taken the train through Gibson a lot which is how I was able to identify that scene in the movie.”

“Love, passion, and Irish Catholicism collide in The Brothers McMullen, writer/director Edward Burns’ feature debut. This is one of the better independent romantic comedies to come along in a while. Although it generally stays true to the cliches and plot turns of the genre, The Brothers McMullen is smart and honest rather than manipulative. Instead of resorting to hard-to-swallow story complications, this film stays on-target from its opening moments. Along the way, the empty dialogue too often incipient in this sort of picture is replaced by intelligent, insightful conversations.” ~ A Film Review by James Berardinelli (excerpt)

By Blood – short
Scroll to top
error: Content is protected !!