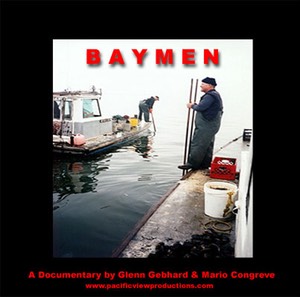 BAYMEN was an Official Selection of the Long Island International Film Expo and was described in the program guide as a “…documentary [that] follows several bay fishermen in New York’s Long Island area, over a year in their lives. It highlights their work, their frustrations, and especially their love of the bay. This documentary is about an endangered way of life, being forever altered in the shadows of New York City. BAYMEN is about the bay fisherman on Long Island, but really speaks of traditions and the need to preserve those traditions. [Mr. Gebhard], the filmmaker, previously from Merrick, shot this documentary in Freeport, Merrick, Bay Shore, Fire Island, Bethpage Village Restoration, Islip and the Great South Bay.”

Bernard and Doris
Scroll to top
error: Content is protected !!