Anatomy of a Fight 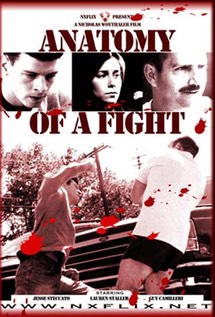 Anatomy of a Fight is drama/comedy set in the outskirts of New York. Two men, one young, Costa (played by Steccato), one middle-aged, Gary (played by Camilleri), fight for the same girl. Costa is fueled by anger and power while Gary is propelled by lies and deceit, but can a war be won with such flawed motives.

Anatomy of a Fight was chosen as an Official Selection at the Long Island International Film Expo (LIIFE) 2003. This is the first feature film of the director; it also had its New York premier at LIIFE 2003. The film was shot in a number of communities in Nassau County, as well as the boroughs of Brooklyn and Queens.