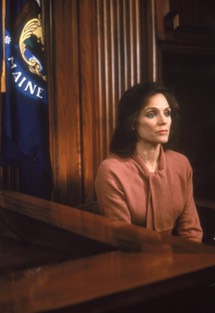 Joan Taylor (based on her novel)

Synopsis – Based on Joan Taylor’s novel, ‘Asking for It’, the made-for-TV ‘An Invasion of Privacy’ stars Valerie Harper as a recently divorced book illustrator Kate Bianchi. Moving into a remote, cloistered island community in Maine, Kate has barely arrived when she is raped by a local handyman. The hostile, inbred locals immediately turn against Kate when she presses charges, leaving only the town’s college-educated police chief (Cliff De Young) to champion her cause. Jerry Orbach and Tammy Grimes took time off from their roles in the Broadway musical of ’42nd Street’ to show up in cameo roles. aired January 12, 1983, on CBS.First  ~ Hal Erickson, Rovi

Town That Banned Christmas, The aka A Merry Little Christmas

Beales of Grey Gardens, The – documentary
Scroll to top
error: Content is protected !!