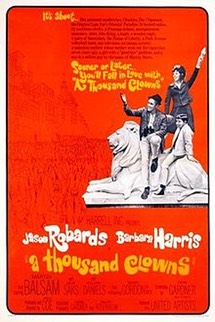 Herb Gardner (based on his play)(+)

“Timeless” is an adjective that’s tossed around too frequently, but A Thousand Clowns more than qualifies. You may have to view it more than once to catch all the rapid repartee, but repeated viewings are far from a chore.  And as Murray (Jason Robards) always says – you can never have too many eagles. ~ Bob Aulert | Culturevulture.net

Avengers, The
Scroll to top
error: Content is protected !!